Vietnam’s Creative Hubs: Mapping The Growth Of The Community | Vietcetera

Vietnam’s Creative Hubs: Mapping The Growth Of The Community

Vietnam’s Creative Hubs: Mapping The Growth Of The Community 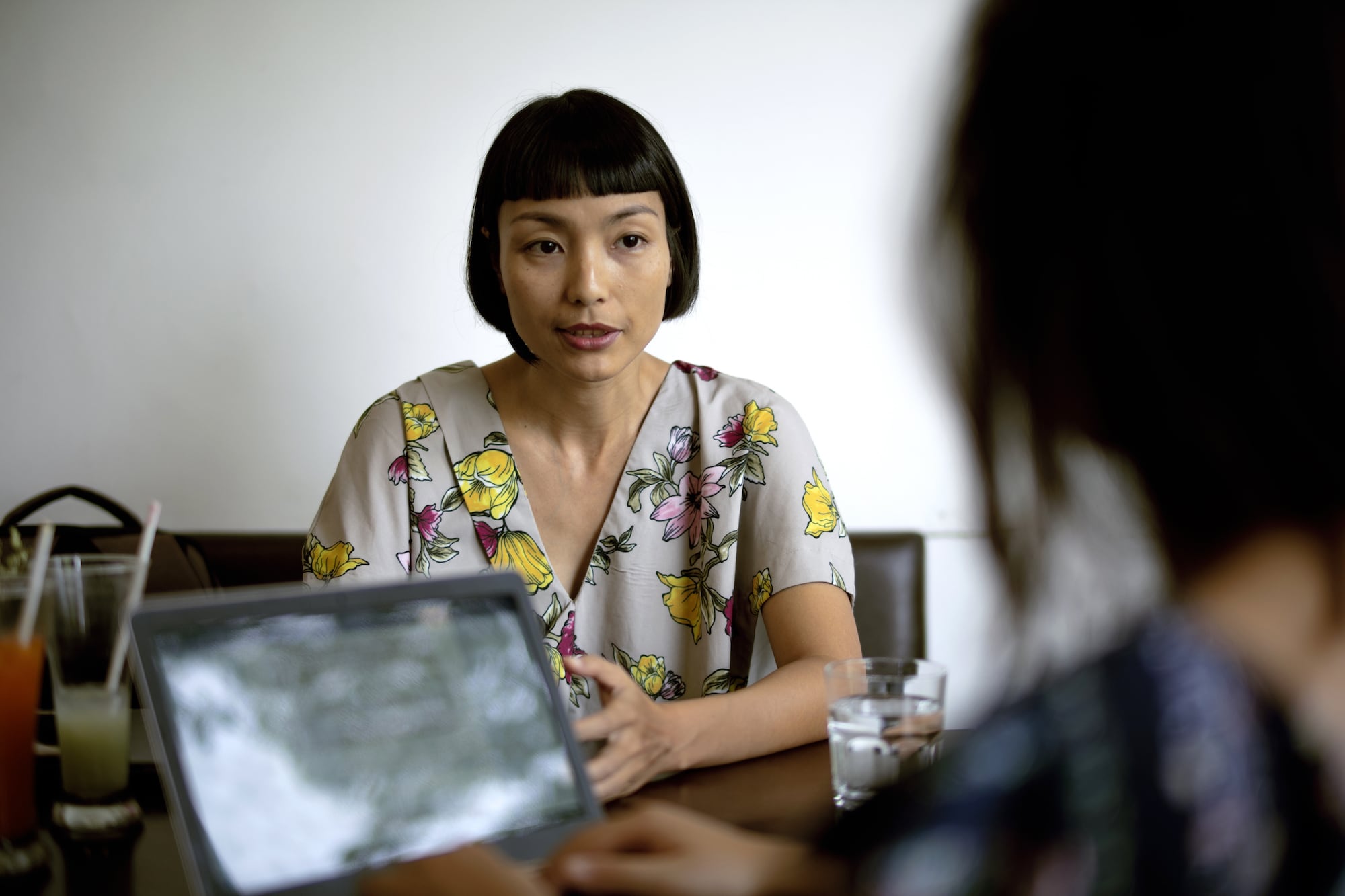 The British Council has collaborated with journalist and media consultant Ly Truong to map Vietnam’s creative hubs. The project defines a creative hub as “a physical or virtual place that brings enterprising people together who work in the creative and cultural industries.” By this definition, creative hubs can be anything from coworking spaces and craft stores to workshops and online blogs.

Following a €450,000 donation from the European Union to support the growth of Vietnam’s cultural and creative hubs, the team has published a new report that lists 180 hubs across Vietnam—up from 40 in 2014—although the list is nowhere near exhaustive. And, rather than produce a passive guide, as part of the project The British Council also published a creative kit to support the launch of more hubs. So Vietcetera met with Ly Truong to discuss the creative landscape in Vietnam and the challenges that come with its development.

How did you connect to the British Council for this project?

Almost ten years ago, the British Council started looking into developing the creative economy in Vietnam. In 2014, when I was working with the Ministry of Culture, Sport and Tourism, the British Council contacted me about this research opportunity. I was immediately intrigued. I knew I would get to meet incredibly talented people all over Vietnam…and I was right. Vietnam’s creative hub culture is young, but it’s growing. I’d describe the scene here as active and lively. I believe that hubs are fueling the creative economy in Vietnam.

You have visited Vietnam’s creative hubs. Which do you think stretches the definition of a creative hub the most?

The traditional definition of a hub is something that occupies a space, either physically or virtually. That said, I would say mobile creative hubs stretch the definition the most. Take, for example, the Museum of Empathy. They do not have a permanent location so they set up in various venues.

Museum of Empathy was started by a group of friends who weren’t seeking wealth or material gains—they only sought to create a world in which people feel compassion toward one another. They explored stories about people deemed strange by society—outcasts and misfits—and exhibited them. It gave these people a voice, and asked others to listen.

What roles have art and creativity played in your life?

My mother is an author and a journalist. She would often invite her colleagues and friends over to our house and they would exchange poetry or read books together. They would also talk about literature, music, and films. So I have always interacted with artists and dreamers…sensitive, imaginative souls. I grew up writing, painting, dancing, going to exhibitions, and listening to music. Then I got into journalism, and now I’m managing Hanoi Grapevine. I enjoy journalism because I get to listen to people’s stories.

How have Western influences impacted creative industries in Vietnam? And how much do you think the “foreign factor” influences Vietnam’s creative hub scene today?

In the original 2014 report, we presented the “foreign factor” as a positive force. We were specifically thinking about people who had studied or lived abroad, plus foreigners who had come to Vietnam and made an impression on the creative scene here.

In my second report in 2016, because the topic was about policy and its impact on the daily operations of creative hubs, the “foreign factor” was a sensitive point. But personally, I still think that the Western influence is a positive force.

A while ago, I gave a presentation that combined my report with the work of researcher Andy Pratt—who mapped creative hubs in the UK. to compare hubs there and in Vietnam. The two biggest differences I found were with the training systems in place and the government-level support for creative hubs.

For example, the UK government invested in creative hubs from very early on, with locations, capacity-building programs, and other financial incentives. Meanwhile, Vietnam’s creative hubs have to rely on themselves, NGOs, or very few private corporations. The creative economy in Europe has over twenty years of experience. Vietnam has only ten. The UK also has cultural intermediaries—skilled professionals who can facilitate dialogue among practitioners, policymakers, the public, and economic players.

Can you elaborate more on how hubs reflect a place’s identity?

Creative hubs reflect the needs of the places where they spring up. Hanoi and Ho Chi Minh City with their large working populations have many coworking spaces.

It’s different in smaller provinces which are struggling to preserve their culture as they develop economically. One example is Tay Nguyen. As more coffee farms appear, the natural forest is compromised. This is not just damaging nature in the region, but also the cultures of minorities whose lives are intertwined with the environment.

Simply look at the Ede people. The Ede are a minority ethnic group living in traditional longhouses. The houses are built on stilts, and they have bamboo walls and straw ceilings. When the Kinh—a majority ethnic group which makes up 85% of the population—arrived, the Ede moved away from their longhouses. They aspired to build multi-story homes like the Kinh. But now the Ede people wish to go back and reclaim their heritage. Because of this, hubs in those places take the form of cultural festivals and ethnic museums, both with the aim to both preserve and educate people about local traditions.

In your report, you mention there are many ways to support creative hubs. This includes providing good landlords and adequate funding to be able to offer mentorships and training. How feasible do you think it is to implement these support systems in Vietnam?

Then there are ways in which creative hubs can help themselves. This includes building good relationships with landlords and sharing resources. However, there are things that hubs cannot control, like tax policies and licensing processes. The government usually takes a quite long time to respond, and the process is difficult. Since 2014, the Ministry of Culture, Sport, and Tourism has been pushing to relax the licensing process and give hubs more support. Nevertheless, they have a long way to go.

What roles do you think organizations such as The British Council and Vietnam National Institute of Culture and Arts Studies play in bringing creative hubs to Vietnam?

The Vietnam National Institute of Culture and Arts Studies and the British Council have been instrumental in bringing the concept of creative hubs to Vietnam. They are helping hubs achieve official recognition.

There have been coworking spaces, places to host concerts, and galleries for a long time, but starting a dialogue about Vietnam’s creative hubs helps to make these scattered hubs feel part of something bigger—like they are members of a meaningful movement.

With the support from government authorities and one another, hubs can work together and utilize their mutual networks to build up a better ecosystem. This support serves as both encouragement and validation for creatives.

The recent funding from the European Union is not only a big financial help. It is also a prominent statement, showing that an important economic union in the world recognizes the importance of the creative economy in Vietnam. We are a part of a bigger story. Now we have a place in the larger creative scene of Southeast Asia, and of the world.

What’s the future for Vietnam’s creative hubs? What will be the key to their sustainable development?

When we talk about sustainable development, we need to talk about the whole ecosystem. Similar to how a fish needs water, oxygen, algae, and other fish, creative hubs require many things to help then thrive as well. In a developing economy, nurturing art and culture may not be the highest priority in the minds of the government and the people.

If you get the chance to go to Tay Nguyen, visit the people who carve wooden statues for the deceased. These are fascinating pieces, rough but charged with emotion. The statues are used in mourning rituals and are believed to accompany the spirits of the dead into the afterlife.

And of course, check out the Museum of Empathy. That project moved me greatly.