“When I Grow Up, I Want To Protect Rhinos”: An Emotional Plea To Stop Wildlife Trafficking | Vietcetera

“When I Grow Up, I Want To Protect Rhinos”: An Emotional Plea To Stop Wildlife Trafficking

A video campaign launched by Humane Society International in Vietnam aims to promote awareness and call an end to rhino poaching and consumption. 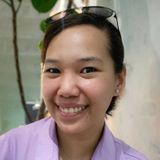 Seizures and arrests have been made in recent years, yes. But wildlife experts demand for more. | Source: Pexels

“When I grow up, I want to protect rhinos.”

A little boy walks up to the stage, in front of parents proudly listening to their children talk about their dreams, about who they want to be when they grow up. As soon as he utters these words, the auditorium falls silent, and then a thunderous applause follows.

This is a scene from a one-minute video campaign now being aired at every Vietnam Airlines flight, premium airport lounges across the country and on the online video-sharing platform YouTube. Short, shot in one setting, no grand aesthetics -- the video was clear and sincere in its message: stop rhino poaching.

The ad, a creative collaboration among some of the most talented people in Vietnam and beyond, was launched by Humane Society International in January to promote awareness and call an end to rhino poaching and consumption. It is the latest in a series of initiatives by HSI to reach millions of people in Vietnam, reported to be one of the world’s largest consumers of rhino horns, and in Africa, where the rhinos are poached.

“I am very proud of our country’s achievements. But Vietnam is one of the biggest rhino horn users, which I don’t want,” says the little boy, clad in brown, a video of rhinos moving freely in the background.

Kathy Uyen, who directed the commercial, told Vietnam Plus, “When first hearing about the story concept, I was drawn to how powerfully a little boy’s courage can motivate emotional change and I realized how crucial the message of reducing rhino horn usage should be”. Kathy worked with Phibious Vietnam, Campaign Asia’s most awarded independent agency in Southeast Asia, in producing this compelling ad.

A large female Javan rhino was shot and killed in April 2010 in the dense jungles of southwest Vietnam. Her horn was nowhere to be found but her bones were recovered - a bullet was lodged in the left foreleg. She was the last subspecies of Javan rhinos in Vietnam, and the second subspecies to go extinct.

Javan rhinos were once the most widespread of the Asian species, with a range extending throughout Java, Sumatra, mainland Southeast Asia and into India and China, according to a write-up from Mongabay. From hunting to deforestation and wars, the Javan rhinos managed to survive by the beginning of the 21st century, mainly in Vietnam’s Cat Tien National Park and Ujung Kulon National Park in Indonesia.

In 1993, the population of Javan rhinos in Cat Tien was estimated at eight to twelve. But as hunting worsened, the number dwindled from eight to five. Then to zero in 2010. But even when the death of Vietnam’s last rhino created an uproar, it did not slow down illegal poaching, nor did it deter buying and consumption.

In July 2019, more than 125 kilograms of smuggled rhino horns were seized in Vietnam in one of the biggest wildlife trafficking cases Southeast Asia has ever seen. Smuggled in from UAE through an Etihad airways flight, the horns were found in Hanoi’s Noi Bai International Airport, concealed in thick plaster inside at least 55 boxes. The seizure was part of the government’s broad crackdown efforts on the multi-million dollar wildlife trafficking industry. The confiscated rhino horns were worth around $7.5 million.

International trade in rhino horns has been declared illegal since 1977. But the black market trade has flourished, with demands from Vietnam and China growing unbelievably high over the last few years. An estimated 1,300 rhinos have been slaughtered for their horns across Africa annually (from just 100 in 2008), the majority of it smuggled into Vietnam through organized criminal gangs.

Seizures and arrests have been made in recent years, yes. But wildlife experts demand for more.

Cure for illness, symbol of power: An urban myth

Many Vietnamese believe rhino horns to be an elixir, a health tonic that can cure different illnesses, from a simple hangover to a critical stage of cancer. The horns are grounded to a powder, mixed with water or other ingredients, and drank by the sick. It’s an urban myth, influenced by Chinese traditional medicine, and surged when a senior government official was rumored to have his cancer cured by rhino horn.

Scientists and medical practitioners have time and again explained that rhino horns have no health benefits. Primarily composed of keratin, the same protein found in human hair, they do not help treat any human disease. It does, however, help lower fever in rodents.

These findings have rendered the killing of rhinos not just illegal, but useless.

A further study conducted by wildlife welfare organizations like HSI found out that many elite Asians consider possession of rhino horns as a status symbol. Owning one demonstrates wealth and power, thus strengthening business relationships. Gifting a whole rhino horn is also said to be an effective way to get favors. It’s the same way the strange sight of Lamborghinis on the streets solicit attention and envy. It is, to put it simply, an unnecessary display of affluence.

The “When I Grow Up” (“Mai sau con lon” in Vietnamese) video has more than 4,000 views on YouTube as of this writing. And HSI aims for it to reach as many people as possible. The powerful campaign, which features a young student, embodies the organization’s advocacy that it’s never too early or too late to stand up for something as significant as animal welfare.

HSI, started working with the Vietnamese government in 2013 to launch a rhino horn demand reduction campaign, which reached an estimated 37 million people -- approximately a third of the nation’s population. The organization also played a huge role in the destruction of more than two ton of ivory, 70 kilograms of rhino horn and other wildlife specimens in 2016.

The powerful “When I Grow Up” video is just one of the many projects being developed and implemented within Vietnam. Educational lessons on threatened wildlife are also being taught to millions of schoolchildren.

“We continue to keep the pressure in other nations that are major consumers of rhino horns or rhino trophies,” reads a blog from HSI.

“By ending rhino horn consumption for unproven and unscientific ‘medicine’ and banning trophy hunting imports, nations like the United States, China, and Vietnam can make a huge difference in helping these charismatic animals survive and thrive.”

Through this ad, HSI is hopeful that one little schoolboy’s plea will be taken with seriousness and compassion in Vietnam and beyond.

“Then Vietnam can be truly proud,” the young boy on the ad concludes.