Ad Agency Of The Year Happiness Saigon On Ideas That Connect 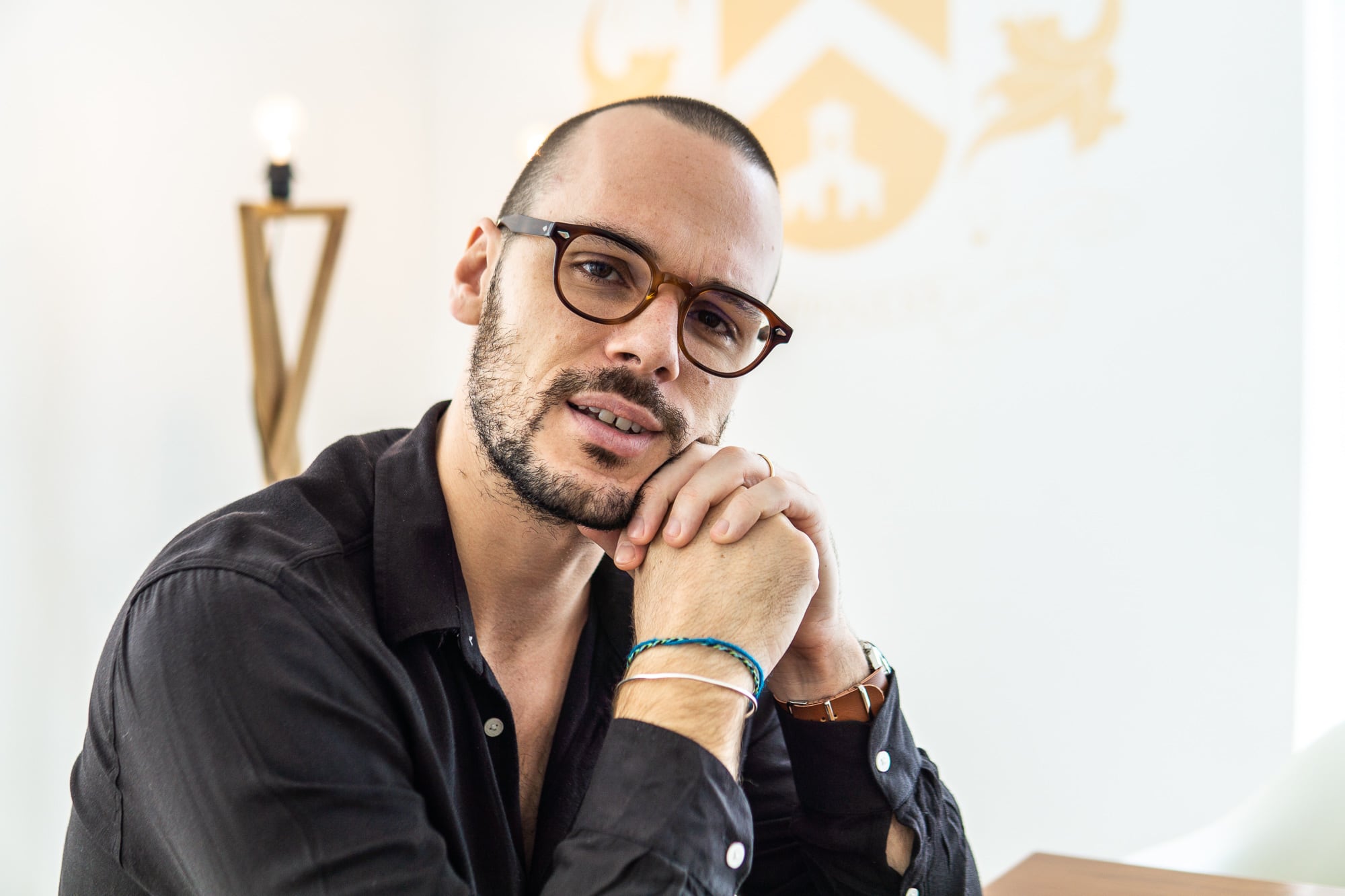 Happiness Saigon has been voted Vietnam’s best ad agency for 2018. Incredibly, for an independent agency only founded in 2015, they won the same award last year too.

The agency have a kinetic storytelling style you can see in campaigns for Lazada and AirAsia, but more and more their campaigns focus on storydoing—an approach that emphasizes “brand demonstration” over “brand narrative.”

They’ve also transitioned from being a creative agency into a “creative connectivity agency” because, according to co-founder, CEO, and strategic director Alan Cerutti, they “take ideas and then apply consumer-journey-centric thinking to them.”

All this is underpinned by a belief in the importance of original ideas and that happiness inspires creativity. It says so on the Happiness Saigon wall as we tour the office that reads: “We do everything to make people happy, because happy people make great work, and great work makes people happy.”

“It sounds clichéd, but we do everything we can to get people into that mindset,” Alan Cerutti smiles as we sit down in the Happiness Saigon meeting room.

What was your transition like from working at an advertising agency in London to co-founding one in Ho Chi Minh City?

I’d worked for Happiness Brussels for three years before going to London. I wanted to experience a big advertising scene like the one there. In London, I found that every agency talks about the importance of ideas. In Vietnam, I felt the focus was more on the return on investment.

But London can be very political whereas Vietnam is booming. And here, if we have success with a creative idea, we feel it will encourage others to follow. I do miss London sometimes and I miss the inspiration…even how people dress.

Have you found other sources of inspiration here to replace the ones you had in London?

This office is in a very quiet part of District 7 for a reason. We’re not in an office beneath the Bitexco Tower with 30 people in the elevator and pollution and noise everywhere.

And I travel. When I travel, I look at technology and how technology is adapted into communities and society. And at the same time, travel allows ideas that are there in my subconscious to connect.

I often go to Hong Kong or Singapore. Then further afield there’s Japan. I explore the small neighborhoods of these big cities—just wandering around. It’s not that they’re hotbeds of creativity but I was just in Singapore’s Chinatown, for example, and it has cool bars that inspired me…places like Potato Head.

What was the objective for Happiness Saigon when you opened here?

When we came in 2015, we stated the mission—that by 2017 we wanted to be recognized worldwide as one of the agencies that put Vietnam on the map for creativity. And we did it with our 2017 UNICEF campaign which won a lot of prestigious awards including two Cannes Lions.

How important are ideas to Happiness Saigon? What creative process do you encourage your team to follow?

We strongly believe in the importance of an idea. The best thing to do when you get a briefing is to let go of the problem that is being posed. Then ideas will begin to form. After that, we have a very simple notepad template that we want every creative on every brief to complete. It requires them to fill in ten or more ideas. We could go for quality only and accept fewer ideas, but we want to train the team to think for longer.

Creatives often go straight into Google search and start looking for images because intuitively they think their first idea must be the best one. But they can’t start to visualize their ideas at that stage because they’re not born yet. They should keep that first idea, but see what else comes out.

There must also be a commercial side to this, that Happiness Saigon’s creative ideas also need to be successful.

An idea needs to sell. For us, if it’s not selling, it’s not creative. We also believe in the importance of having an idea connect with an audience. Today, it’s such a complex world. There are lots of different touch points along the consumer’s way with lots of different devices being used. That means we need to know what’s the best way to deliver our message in the most relevant manner.

We take an idea and put it on the “happy journey” which is a process of consumer-journey-centric thinking. For example, the way you came here, whether you were on a bike or a taxi would have changed your path—in a taxi you would have been on your mobile device more. This is a very important step in advertising; you can have ideas but if you cannot get people to connect to those ideas on this journey then the ideas are worthless and you’ll be in trouble.

Then, imagine you have an idea that you can present to five different segmentations of your target audience—one loves motorbikes, another is a football fan. That personalization allows you to have the same content direction but to apply it to a different person. That’s why we define ourselves as a “creative connectivity agency.”

You also alternate between storytelling and storydoing. Can you give some examples of successful Happiness Saigon campaigns that follow those two different styles?

We feel “storydoing” feels more authentic—it means we work with brands to do what they say, rather than say what they do. But if you look at the work we’ve done with Lazada and AirAsia then that’s storytelling.

For an example of “storydoing,” you might look at our campaign for Nivea, when we went to the highlands where we gave coats to children who have to take a long journey from home to school in the cold. We wanted to support them, but also to celebrate them.

They’ve had lots of ingenious ideas to keep warm, like sleeping with a cat because the cat provides warmth. They take a hot piece of coal and put it into a box and swing it so it circulates heat around the house. And we rewarded their ingenuity with 15,000 jackets.

That’s one example, showing that we’re a brand that cares through what we do and not just what we say. Another is for Bosch. We launched a campaign across nine markets which started with storytelling—we articulated what the band is—then we moved on to storydoing; we used a Bosch power washer to clean a very dirty wall in Myanmar using stencils created by graffiti artists that gave a message on road safety.

Is there ever any pushback from clients who want a more traditional approach to their campaigns?

Our approach at Happiness Saigon is about taking risks. It’s much easier to have a storyboard. But we believe an agency’s role is to provide guidance on a brand’s direction. For example, lots of brands will want to talk about everything they do, but we encourage them to focus in on one core idea and build on that. However, often creative agencies will agree to anything the client says and they’ve become used to that.

What would you do with the Vietcetera brand if we worked with Happiness Saigon?

There’s this creative revolution happening, and you guys are a part of it. You look around, and you can see communities growing. People are coming up with ideas and they are able to execute them.

I think you are positioned as the voice of the growth of Vietnam. And I really like the name. But how do you make that more consumer-facing? If you were to advertise yourself, how would you do that? One hundred thousand readers a month is amazing. How could you make that a million?