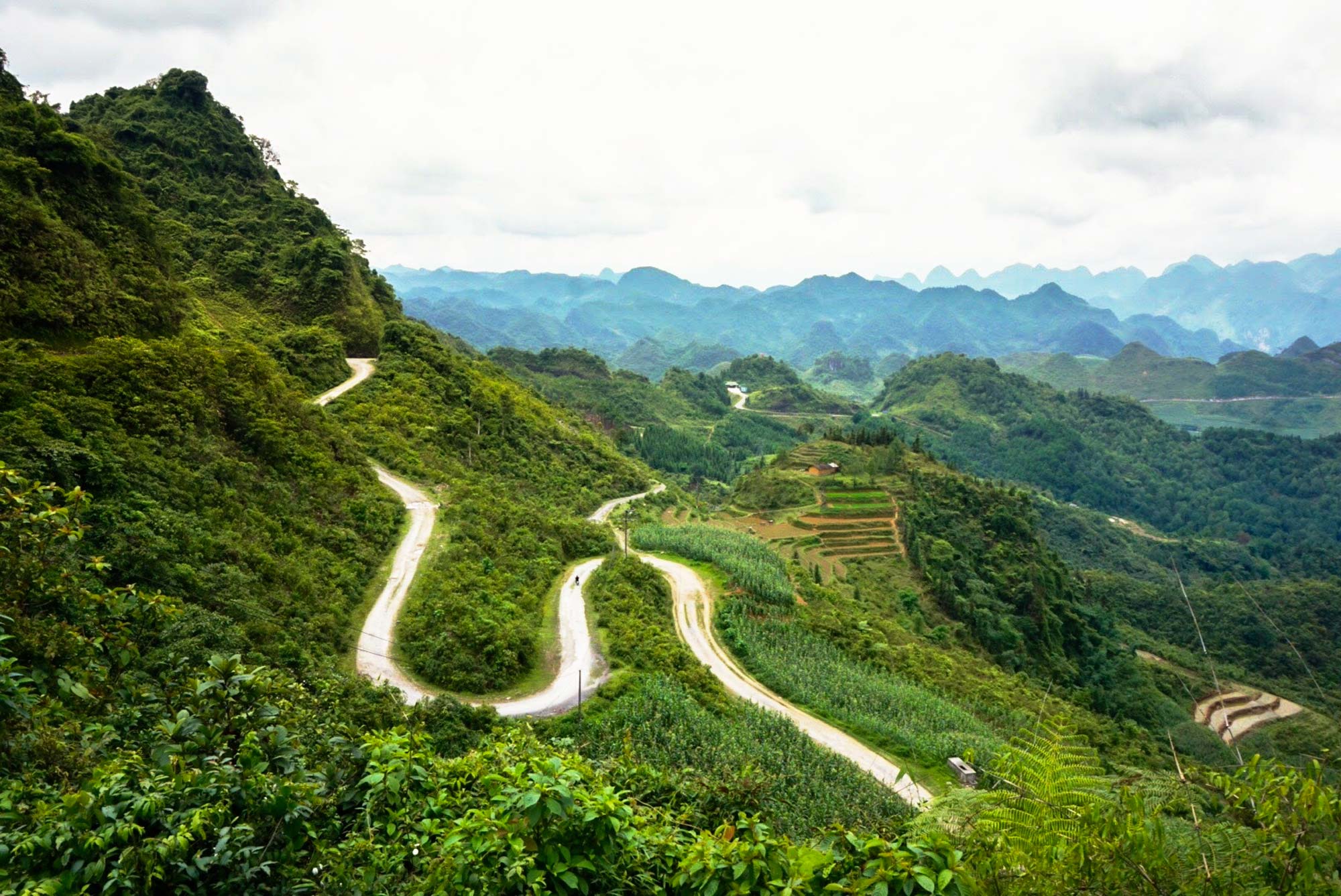 Every year, thousands of people travel through Vietnam by motorbike, usually from Saigon to Hanoi or vice versa. The few adventurers that do take their bike further up north, often choose the famous roads of Sapa. Which leaves its neighboring province, the wonderful Ha Giang, largely undiscovered. In fact, less than 2% of the international visitors to Vietnam (10 million in 2016) set out for its northernmost province.

Admittedly, the road to Vietnam’s final frontier is not the easiest to travel. But those that do take the effort, will be rewarded with some of the most spectacular landscapes of South East Asia. And experience the untouched friendliness of its ethnic inhabitants.

Of course, no one will force you to see Ha Giang’s magnificent mountain ranges from a motorbike – you can also hire a car or hop on a local bus. But don’t underestimate the freedom to get off at any photo op you want. 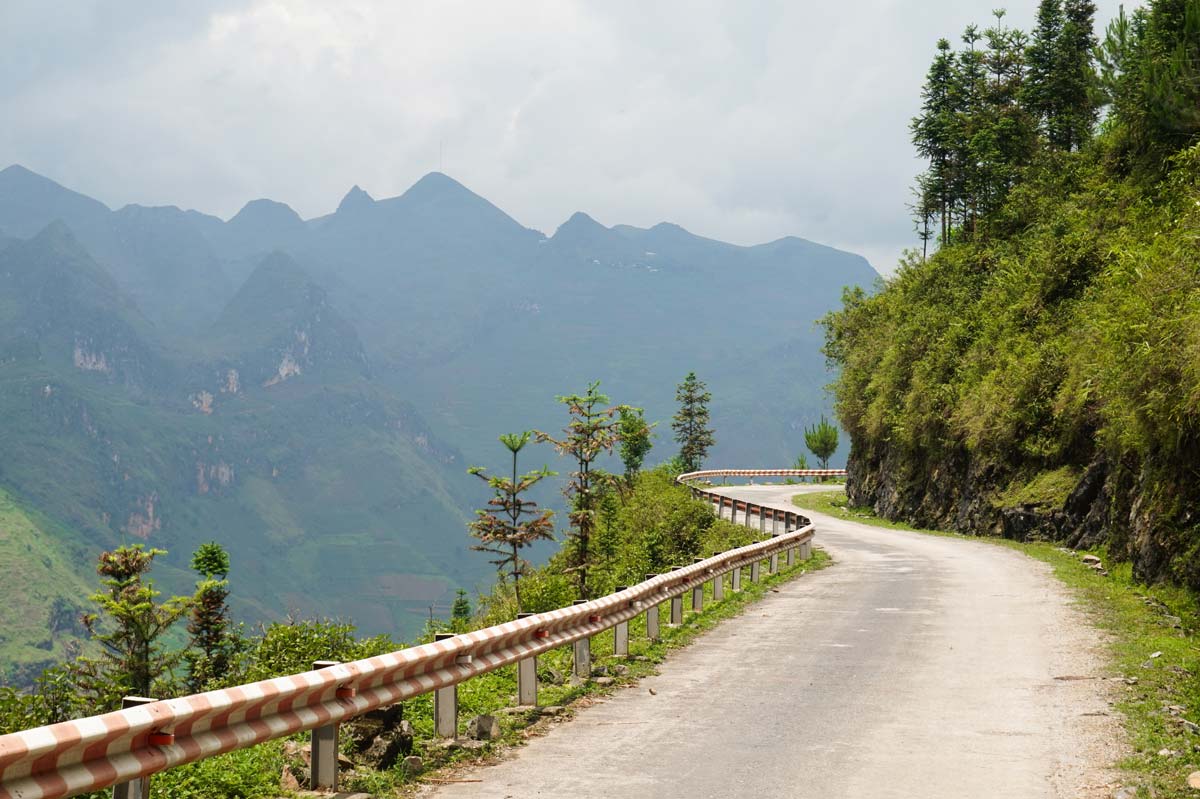 Also, riding a bike lets you fully appreciate the hairpin turns winding up and down the hills. And while the infrastructure isn’t the best in Vietnam, riding the main roads shouldn’t be a problem – even for less experienced drivers.

The handful of travelers that make it to Ha Giang, usually discover the province in 4-5 days. Most trips start and end in the capital of the province, adequately named: Ha Giang – a peaceful town that is a 10-hour bus ride away from Hanoi.

Here, you can easily find a motorbike rental shop, a restaurant and a place to sleep. Ask your hotel for a permit to access the area (around $10). If you don’t manage to get one, try again in Dong Van or Meo Vac. Most tourists have to show it at some point.

From Ha Giang, you take the so-called Happiness Road (Hanh Phuc, or on your map: QL4C) to the Dong Van Karst plateau. This geographical wonder is so unique that it was added to the UNESCO Geoparks Network in 2010. 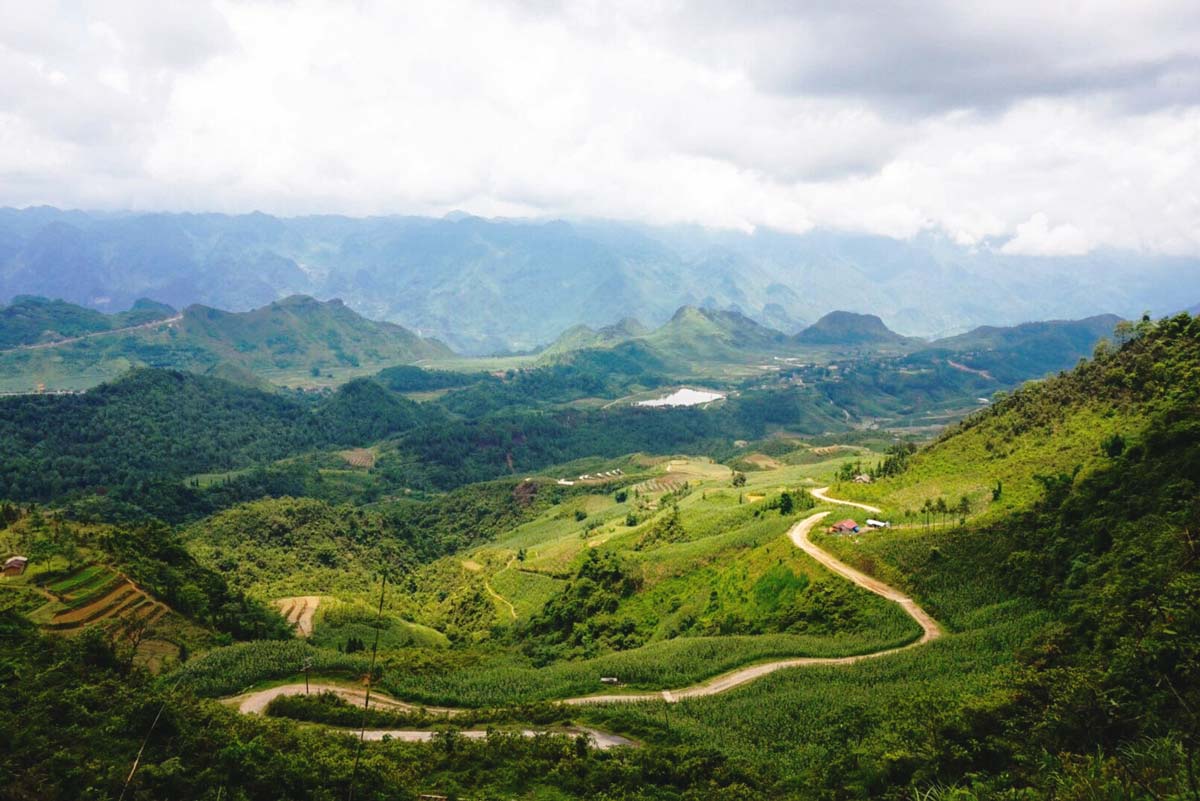 Its surface consists mainly of limestone with formations of karst peaks. The oldest parts are dated back about 550 million years, and much of the Earth’s history is visible here. To geologists, at least. But even without knowing the facts, riding through Dong Van Karst will blow your mind. The grandiose mountain ranges are absolutely breathtaking.

The oldest fossil of Dong Van Karst plateau was allegedly found at the Lung Cu peak. Here, you will now find the monumental tower built to mark Vietnam’s northernmost point. Walking up the spiral staircase will bring you close to the 54m2 national flag, symbolizing the 54 ethnic groups in Vietnam. The view from here, over the Chinese border, is wonderful. If it’s not misty, of course. 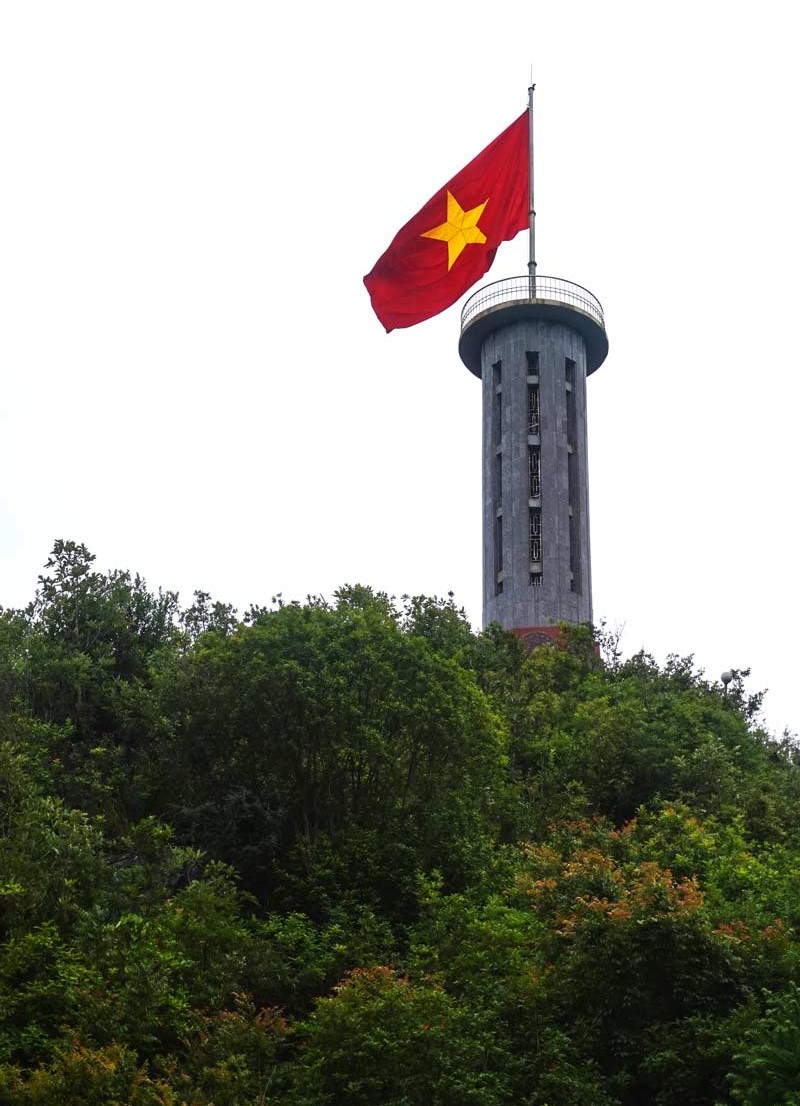 While there’s no official border post at Lung Cu, it is possible to set foot on Chinese soil. Without showing your papers. The easiest way is to find Markers 422 on Google maps, or ask the locals for ‘Mốc giới số 422’. 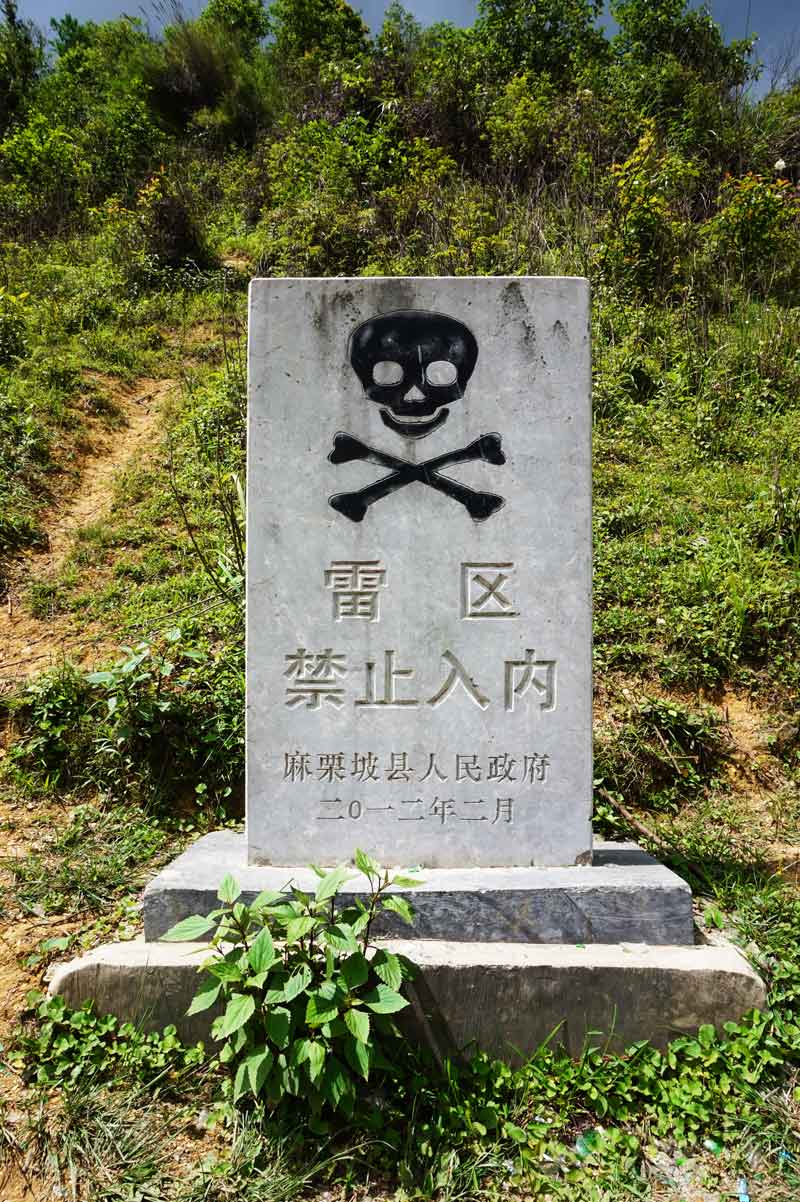 Follow the road until you can’t drive any further; you will probably see a few bikes parked there. Climb up the hill, just follow the footsteps of the smugglers adventurers who came before you. Once you’ve reached the top (it’s only 150m or so) you will see a valley with Chinese warning signs. Walking on the paths should be relatively safe, many people do it. But don’t wander around as the signs actually do say: minefields. 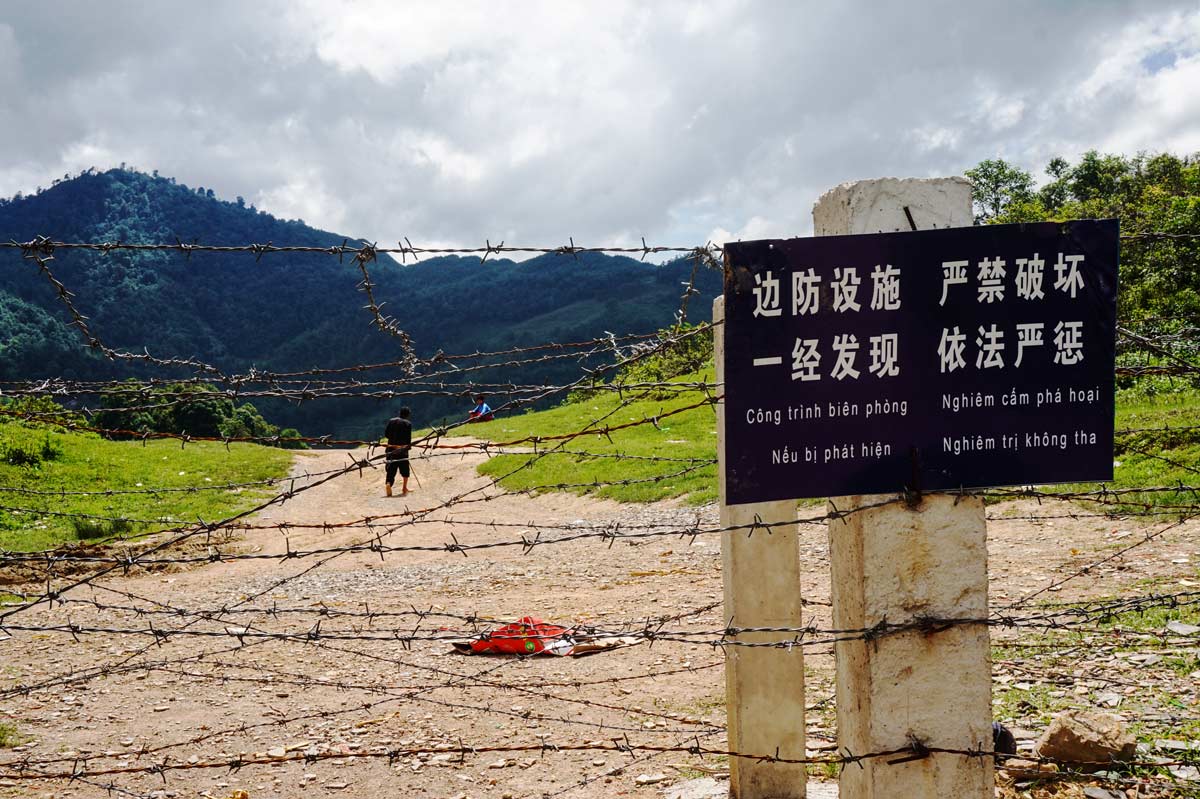 From Lung Cu it’s a 25km drive to Dong Van – after 6 kilometers there is another opportunity to take a selfie in China. Watch for the inlet on your right and walk up the hill; behind the barbed wire starts the People’s Republic of China.

Dong Van and Meo Vac, that is located 22 km further up the Happiness Road, are both sleepy little towns. Except for early Sunday mornings. Then, the tribal village markets take place. Literally thousands of people dressed in colorful ethnic costumes gather to meet and sell their goods. Many of the families have walked tens of kilometers carrying baskets of fruits, vegetables or clothes, often accompanied by a buffalo or cow. 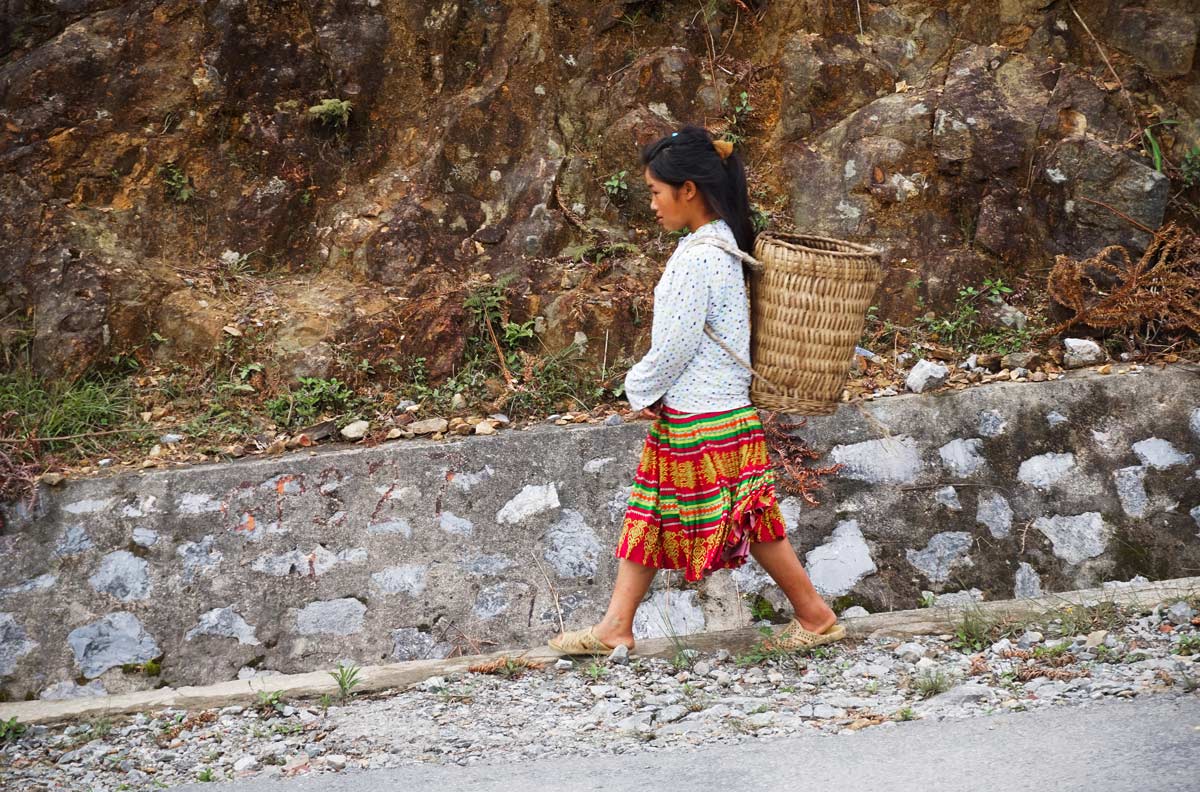 The remoteness of these markets make them truly authentic, even – or maybe especially – compared to Sapa. There are hardly any Western tourists and while the locals might be curious, it’s unlikely they will try to sell you something. If you have the chance, make sure you visit one of the village markets, as it is a truly unique experience.

Impressed by the Hai Van Pass? Wait till you see Ma Pi Leng. Quite possibly, the most beautiful road in Vietnam. The amazing mountain pass connecting Dong Van and Meo Vac is only 20 kilometers long, but will be an absolute highlight of your trip to Ha Giang.

It’s hard to put the beauty of the scenery down in words, and photographs capture only a small part of the immense scale. The unique landscape with its high mountains and deep canyons is completely overwhelming and definitely the holy grail of riding in Vietnam. 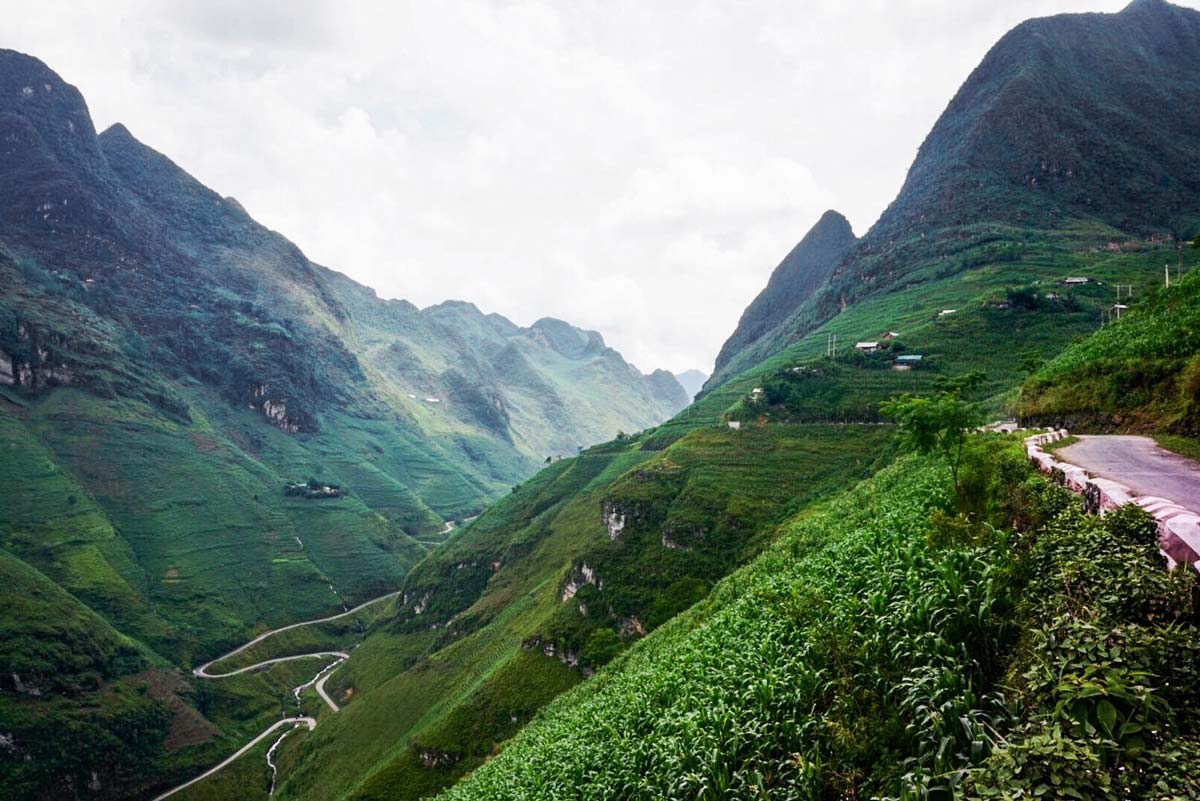 If you don’t have your own motorbike, you can consider taking a xe om (motorbike taxi) or even walk. If you do ride on your own, be careful – not only can the curves be dangerous, the stunning views might distract you from the road.

Time of the year

The best seasons to visit Ha Giang are spring and autumn. The winters can be bitterly cold, while the summers are hot and the rain often causes landslides, making certain areas inaccessible.

In spring, you will see the blooming mustard flowers and pink peach blossoms. When autumn comes, you have a chance to see yellow rice paddies and violet buckwheat flowers.