Saigon Swagger: Hustle And Bustle In A Bag | Vietcetera

Saigon Swagger: Hustle And Bustle In A Bag

A brand coveted by both hypebeasts and office workers alike, Saigon Swagger is as quintessentially Saigonese as it is at home in any metropolitan city. Founded by Thu Ha and Phuong Uyen, Saigon Swagger is an emblem of the city’s hustle and bustle as well as its creative spirit. 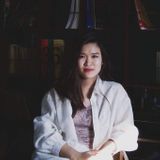 A brand coveted by both hypebeasts and office workers alike, Saigon Swagger is as quintessentially Saigonese as it is at home in any metropolitan city. Founded by Thu Ha and Phuong Uyen who are still in their 20s, Saigon Swagger is an emblem of the city’s hustle and bustle as well as its creative spirit.

Thu Ha and Phuong Uyen’s entrepreneurial journey started five years ago when both were still in college. While prototyping the backpacks they designed and constructed themselves, the two friends never expected the products to become such a hit. Now that the SGS logo is seen everywhere including an upcoming collaboration with Vietcetera, we visited Thu Ha and Phuong Uyen at their studio to understand one of Saigon’s most exciting young brands.

What’s the story behind Saigon Swagger?

Thu Ha: It all started at the end of 2013, when both of us were students at the University of Economics and Law. Despite studying business, we were both interested in fashion and dabbled in arts ourselves, taking design classes on top of the school curriculum.

Phuong Uyen: Back then, it was really difficult to find a high-quality, well-designed backpack at a decent price. There were many great products offered by international brands, but at a price that most Vietnamese people couldn’t afford. That seemed to be a paradox, since Vietnam had long been a global hub for manufacturing. We decided to create a backpack line designed specifically for the younger generation of Vietnamese, that was 100% “made in Vietnam” from design and materials to production.

Tell us about the label’s early days

Thu Ha: We were lucky to know a tailor from a factory that manufactured backpacks and other accessories for an international company. However, the supply chain workers didn’t have access to the whole process, and the factory only followed the blueprint set down by the client. So once we started working together, all three of us had to figure out how to create bags out of our designs. Along the way we had to learn seaming and stitching techniques. It took several months for us to produce the first ever Saigon Swagger sample.

Phuong Uyen: During those early days, besides selling online through social media, we were also a mainstay at flea markets such as at the Hello Weekend Market. We would make our way from our college dorm in Thu Duc to District 1 and back often finishing the long day after midnight. But we were riding high on the feeling that more people had connected with us and that more people were carrying Saigon Swagger bags.

On weekdays we were also shippers; there were no delivery services back then and nobody wanted to venture to Thu Duc to pick up the goods. Sometimes we would take a 2-hour bus ride to Go Vap or Tan Phu just to deliver a bag. After months of grinding, we opened the first brick-and-mortar store at 42 Ton That Thiep. That was in May 2015.

What was the initial reception to Saigon Swagger?

Thu Ha: Saigon Swagger released our first products to a warm reception from customers; we had lots of great feedback on the designs and products’ quality. The Rolltop Backpack—designed for maximum convenience and style in any situation—has been a hit ever since. Some took longer for the audience to warm up to, like the Bumbag which was released in 2014 but didn’t catch on until the fanny pack trend hit the fashion scene in 2016.

Thu Ha: In 2013 and 2014 there wasn’t really any accessory brand that fully embraced modern, urban aesthetics—most were outputting traditional, mass-produced designs lacking in character and finesse, with haphazard manufacturing procedures. To arrive at these carefully engineered products, we spent lots of time experimenting and iterating on multiple prototypes. As for high quality, all of our outer materials and lining fabrics are waterproof; unlike canvas, they also stand up well to wear and tear. And we also launched a premium line made from leather recently.

Thu Ha: Young, dynamic, fashion-conscious people who are into streetwear. Right now, our regulars include not only college and high-school students but also office workers and foreigners. We also have plans to launch new collections that cater to a more diverse audience in the near future.

What are your current roles?

Phuong Uyen: Thu Ha is overseeing the business side, while I’m the designer. That said, we’re still a startup and so both of us collaborate on the concept development and prototyping.

What’s it like to work with each other? How do you resolve conflicts while working together?

Phuong Uyen: Our focus does reflect our respective characters and preferences. Thu Ha is resourceful and also amazing at negotiations; I’m probably better at creative tasks and I tend to be the more quiet one.

Thu Ha: Conflict is definitely a part of running a startup together, especially when you’re working this closely together. It also creates a stronger bond between us. After getting to know each other for five years, we’ve learned to curb our egos and align our actions towards a shared vision.

As more players are entering the market are the newcomers giving you any pressure?

Phuong Uyen: It’s disheartening to see Saigon Swagger’s designs being copied and sold at a lower price. But it’s also a reminder to strengthen our brand and keep it fresh, delivering better products that, in due time, will become trend setters. We’re firmly believe in the fact that if you put your heart and soul into something, people will recognize that.

What’s next for Saigon Swagger?

Thu Ha: Right now we have three stores in Saigon and are still searching for another showroom here before expanding to Hanoi and Da Nang. Last month, we also shipped our first order to Canada—a customer wanted to distribute the products to the North American market as well as opening e-commerce stores on Amazon and Shopify. There have been quite a few partnership proposals, but we’re waiting to solidify our position before reaching out to other partners.

Saigon Swagger has had successful collaborations with Bobapop, Cheese Coffee and Pepsi in the past. What are your criteria when choosing a partner to collaborate with?

Phuong Uyen:  First and foremost is whether two brands align. Then we’ll look deeper into compatibility. For Saigon Swagger, keeping each collaboration on-brand is no easy task. But still, we’re always on the outlook for opportunities to work with both local and international brands.