"Song Lang" By Leon Le Is A Film About Cassette Tapes, Cai Luong, And Love | Vietcetera

"Song Lang" By Leon Le Is A Film About Cassette Tapes, Cai Luong, And Love

“It’s just a drama,” Leon Le says modestly about “Song Lang.” We’re meeting a couple of days before the première to talk about the film. It’s his directorial début that’s set to a backdrop of the songs of modern Vietnamese folk opera, called Cai Luong, that he listened to and loved growing up.

And so “Song Lang” is Leon’s nostalgic tribute to his childhood in Saigon before being transplanted to Orange County, California at thirteen years old. When he left in 1992, he took his prized possession with him, a box of Cai Luong cassettes, “because I knew I would be able to get everything else in the States but not that…” Inside were recordings by singers like Bach Tuyet, who they called the treasure of Vietnamese folk opera. 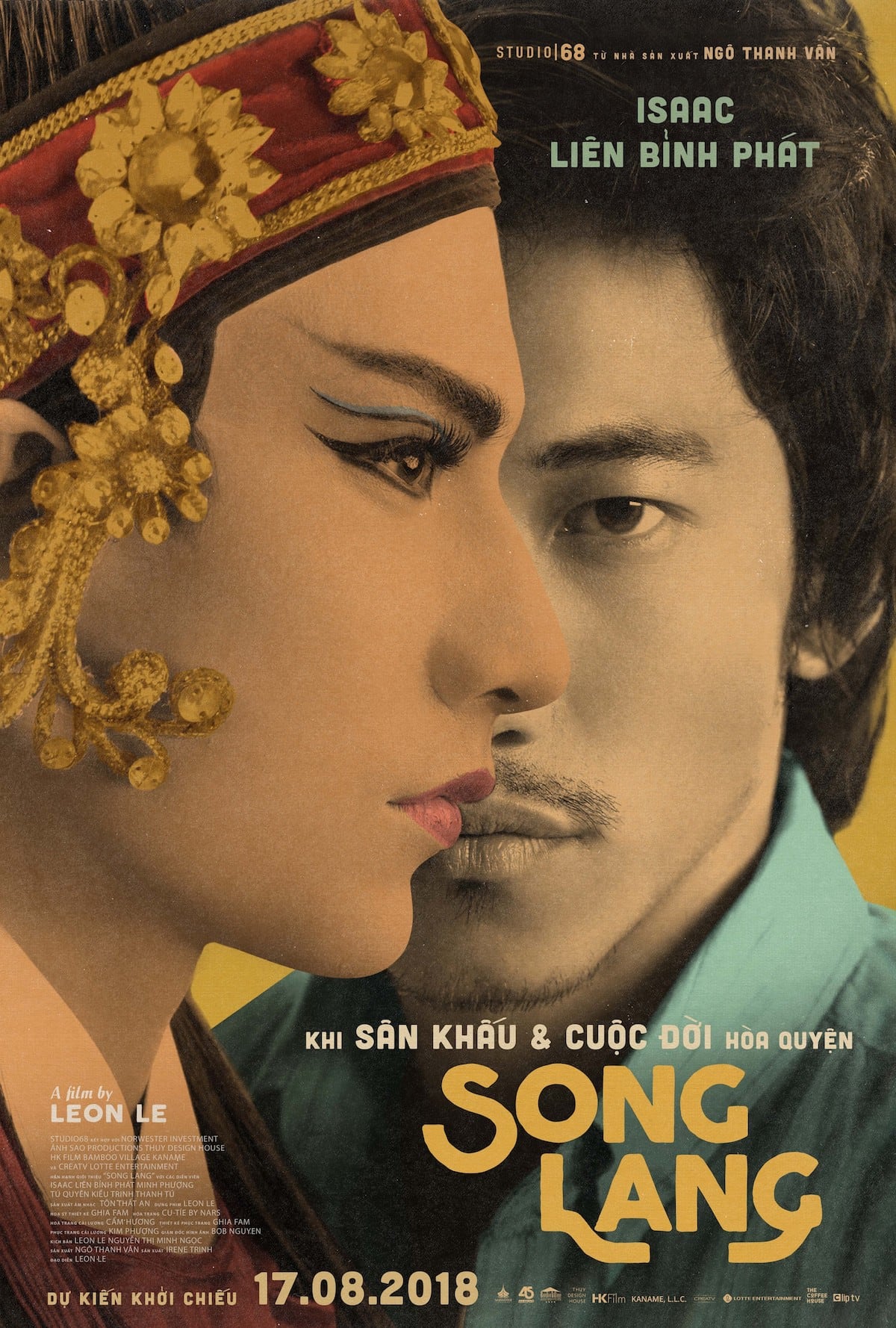 The movie poster for “Song Long” with Isaac as the Cai Luong lead, Linh Phung, and Lien Binh Phat as the debt collector, Dung Thunderbolt.

“I vividly remember the ‘80s in Saigon,” Leon recalls, “the Nintendo video games and radio cassette players.” The film features both, “but I have the strongest connection to cassettes—using the pencil to reel the tape back in; splicing it back together with sellotape.”

A key moment in the story is when the two warring actors—Isaac, who plays Cai Luong singer Linh Phung, and Lien Binh Phat, who plays the debt collector, Dung—bond by beating an end-of-level guardian in a Nintendo shoot ’em up.

Linh Phung and Dung Thunderbolt playing a shoot ’em up on the Nintendo.

“It’s kinda funny—I’d stored all these memories in my head without realizing it and they gradually re-appeared when I returned,” Leon smiles about the recollections stirred when he started to make infrequent visits back to Vietnam in 2008 as an actor.

After returning to Vietnam in 2008, Leon landed roles in Vietnamese films like “The Prince and the Pagoda Boy.” “I knew what to expect having spoken to Charlie Nguyen, Johnny Tri Nguyen, and Kathy Nguyen…I thought, ‘If they can do it, I want to try too.’”

By 2012 Leon moved into directing with his semi-autobiographical first short, “Dawn.” And followed it in 2014, with “Talking to my Mother.” Although he shot both in the States, “they really opened the doors for me to make ‘Song Lang.'”

“Talking to my Mother” won awards at film festivals like YXINE and the Rhode Island International Film Festival. The film also starred a gay character yet to come out to his parents—like the director.

“When I was fourteen or fifteen, I got a VHS copy of the making of Miss Saigon London. At first, I thought it was a pageant show.” — Leon Le

“Song Lang” is pitched somewhere between commercial and art-house productions. “I feel there are no genres here in Vietnam, just two markets—one is “art films” created by filmmakers funded by film festivals or arts organizations and they don’t care so much about the audience,” Leon explains.

Returning to Vietnam as an actor in 2008 brought back memories of growing up: “It’s kinda funny—I’d stored all these memories in my head without realizing it and they gradually re-appeared when I returned.”

But according to Leon, the film’s defiantly non-commercial. “Everyone said, ‘I love the script but no one’s going to want to see this film.’ It took two years to make, and we spent a year trying to find investors.”

“Hearing that people wouldn’t want to see this film took the pressure away from trying to please them,” the director adds, “we could focus on making something beautiful.”

“Song Lang” is artfully shot and directed with an unconsummated male relationship at its core but with broad appeal for its nostalgic setting and soundtrack, and for its gentle exploration of love.

“Song Lang” takes a nuanced view of same-sex relationships, “I got so annoyed at how gay characters have been portrayed.”

“I got so annoyed at how gay characters are portrayed,” Leon complains. With “Song Lang,” I wanted to make a film where the leading characters didn’t have any physical contact so maybe the audience can simply view them as people.”

In “Song Lang,” Linh Phung—a technically-gifted Cai Luong singer who gradually learns to put more feeling into his performances—takes Leon Le’s original name, before the parents who adopted him at six-weeks-old changed it. “It means ‘magical phoenix,’ and that name now only appears on my original birth certificate…’Song Lang’ has a lot of my DNA in it,” Leon smiles.

Besides being a tribute to the director’s love of Cai Luong, the performance elements also reflect Leon Le’s teenage years in the States. “When I was fourteen or fifteen, I got a VHS copy of the making of Miss Saigon London. At first, I thought it was a pageant show. Then I watched it and it was like American Cai Luong—it’s not like songs…they sing in dialogues.”

After attending every audition he could find in the ads pages of Backstage, Leon Le got his break with a part in the show “Amal and the Night Visitors.” “Thinking back at all of these people I played alongside…I’m the one who ended up having a career.”

When the company toured LA, Leon grabbed one of the fifteen-dollar tickets, “We had a box seat and the moment the curtain opened I’m like ‘this is what I’m doing!’” He started showing up for auditions he read about in the pages of Backstage. “I went to every audition I could find. One time, I showed up at this audition at a church in LA. Everyone’s black…I’m the only Asian. It was a gospel show,” Leon laughs.

The team shot most of Song Lang in District 5. Compared to District 1 the area hasn’t changed that much—it’s much closer to Leon Le’s memories of the city in the ‘80s. “I refused to do a movie set in the modern era, the city doesn’t feel as beautiful as it once did,” Leon shakes his head. “Plus the people are much more friendly in District 5.”

Saigon’s Kim Chau Theatre, “we painted it and dressed it up.”

Although they built lots of the sets, like the Sinco sign for the memorable rooftop scenes, the Kim Chau theatre exists. It’s now called the Bong Sen Theatre on Nguyen Thai Binh street, “but we painted it and dressed it up,” Leon adds. And they used the Phuong Nam theatre, in District 5, for the scenes shot around the entrance.

Leon has to go. He’s got final preparations to make for the première. “I just wanted to direct a film that makes the audience laugh and cry, and that captivates them with the characters’ journeys without resorting to any tricks to keep them engaged. If I do that, I’ll have been successful,” the director concludes finally before he leaves.