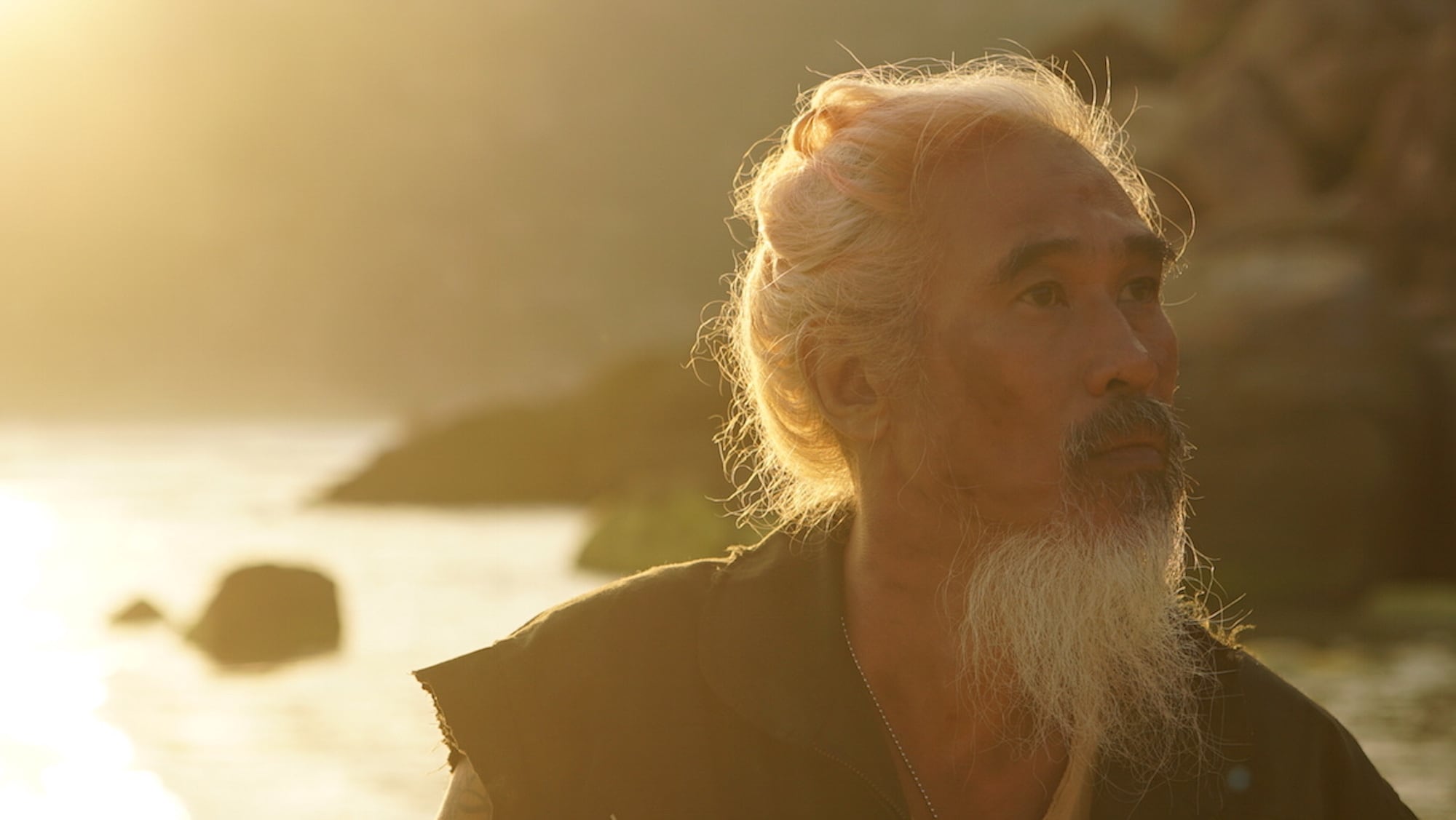 The dystopian sci-fi short The Last Fisherman was shot in Vinh Hy Bay 38 kilometers north of Phan Rang on the wild strip of Central Vietnam’s coastline that leads up to Nha Trang. A year later, the first two showings of the film on April 19th and 21st sold out at Regal Cinemas Battery Park, as part of New York’s Tribeca Film Festival, so the organizers added a third screening which sold out too. “I dreamt about The Last Fisherman last night…you infected my subconscious,” a girl from the audience on the second night—she’d also been to the first screening—told the film’s half-Vietnamese Brooklyn-based director, Shal Ngo.

Inspired by character-driven sci-fi films like “Moon” and “Ex-Machina,” and Andrei Tarkovsky’s genre-bending thriller, “Stalker,” Shal Ngo’s The Last Fisherman was shot in Vietnam, in Vietnamese, but with a global audience in mind—and already since Tribeca other festivals like Neuchâtel have been reaching out to show the short.

It’s also a film that’s taking the temperature of the local Vietnamese audience for genres outside of horror and romantic comedy. “It’s much riskier to make a “Blade Runner” than a “Saw 13” that’s a tenth of the cost,” Shal Ngo, who also wrote the film, and edited it with Michael Solsky, says. “Sci-fi is more cerebral and requires more commitment from the viewer. Audiences know from the get-go they’re going to a new world with new rules, and they’re going to have to pay attention,” he continues.

Quan Nguyen, the co-producer for the film who runs Blaze VN agrees. “At the moment, Vietnam has a young film industry. It’s more entertainment than art. But once the market is developed enough I think we’ll start to see more offbeat genre projects,” he tells us during a Skype call from New York on which he’s joined by Shal and the film’s other producer, Tiffany Izzie Chang, the day after their final Tribeca screening.

Despite its 11-minute duration, The Last Fisherman took four months to make. Besides casting and gathering the crew, the team waited weeks for the weather conditions to settle. “The Central Coast of Vietnam has always been blessed with amazing natural beauty but extremely harsh weather conditions. Locals there don’t have much. Besides its picturesque backdrop, Vinh Hy Bay brought an extra layer to one of our film’s themes—the constant battle for survival,” Quan says.

“Vietnam’s landscape, with the echoes of its history, definitely became an aspect of the story,” Shal Ngo concurs. “This is a land of great beauty that was once ravaged by war but that has since been rebuilt. In The Last Fisherman, the war has been over for decades and the skeletons have turned to dust, and the jungle has taken over,” he adds.

Keeping inquisitive Vinh Hy Bay residents out of shot on the four-day shoot was another challenge besides the unpredictable weather. The raft on which much of the film took place was moored near the mouth of the bay. Although Quan had spoken to local authorities who told fishermen to keep a safe distance, inevitably passing boats drew nearer for a better look. “We’d have to stop shooting and ask them to move away…and then wait while the wake from their boats stopped rocking the raft,” Quan says. “There were some other comical moments too, like when there was a lull in shooting and all the crew disappeared to go fishing,” Shal adds.

Added to that, from the road the bay is obscured by jungle with a 20-minute long trail running down to it. Everything had to be carried down—including a generator—by the crew, or strapped to the back of a motorbike they took off-road along the trail. “The crew were amazing working long days under the hot sun—it was a short but very challenging shoot,” the director continues.

The locals in isolated Vinh Hy Bay also weren’t used to having an 18-person film crew in town. “It’s one thing seeing a bald-headed girl walking around,” Quan laughs about the presence of the film’s actress Dasha Nguyen, “but she was also made-up to look like a robot.”

Alongside Dasha Nguyen as the robot lead, the film also features Cao Boi as the fisherman at the end of the world, and young actor Hieu Tran.

The distinctive former Marine, Cao Boi, who recently starred with Dasha in the “Saigon Has No Label” film, was perfect for the part as the fisherman. “He was evasive at first. But we finally met up in this nhau joint in District 3 where he said I could find him at around nine or ten most nights. Immediately, I was like ‘Holy shit! It has to be him,’” Shal Ngo remembers. “He’s a very gregarious guy on the outside—loud and opinionated—and that helped working with him in general,” Quan smiles. “But beneath that he’s really like the character. He’s a Reiki healer and he’s kind of meditative…and he even ended up teaching us how to be a fisherman—showing us how to do things like tie knots,”

“And at one point, we were discussing adding a scene where Cao Boi catches and eats a fish. We turn around and he’s already caught one and is starting to eat it,” Tiffany Izzie Chang laughs. “Looking back so many serendipitous events happened besides the casting—bringing together people like cinematographer Jared Levy, and makeup artists Bradley Greenwood and Dieu Truong,” Shal Ngo adds.

The film’s director and producers want to screen the film in Ho Chi Minh City. In fact, they already held one small-scale screening here in Ho Chi Minh last year. “Afterwards, I listened as two dozen people argued about the nature of these characters and the aftermath of the story. If I can plant a seed that grows into something bigger, into something cooler and weirder than anything I could have thought up on my own, that makes me happiest of all. I really do want to get into people’s subconsciousnesses,” Shal Ngo smiles.

And they are already arranging a screening of the The Last Fisherman in Vinh Hy Bay.