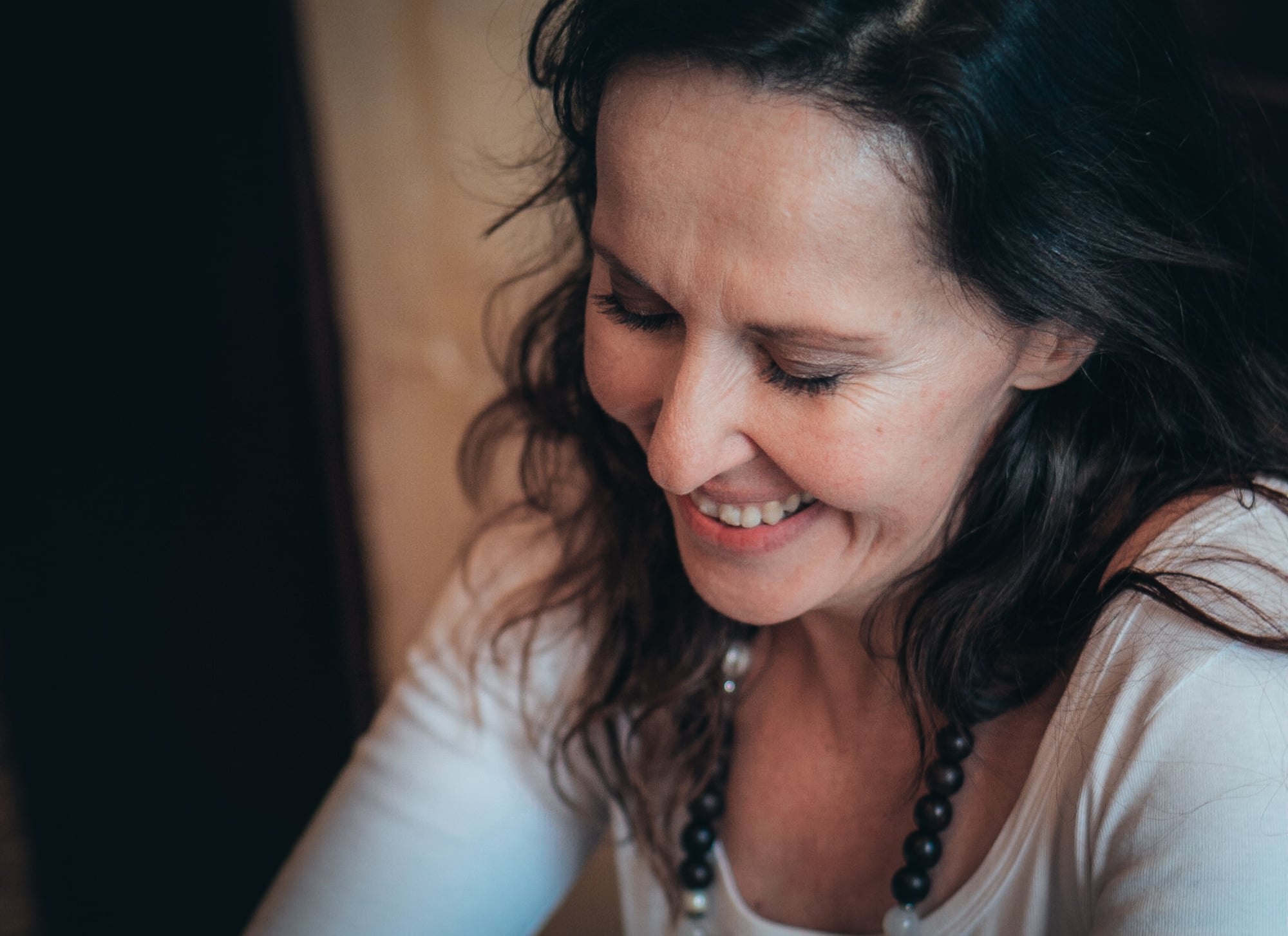 Parisienne restaurateur and advertising executive Noelle Carr-Ellison founded some of Ho Chi Minh City’s most iconic restaurants. She stumbled upon The Refinery, having heard stories about an old opium production plant somewhere in District 1, and helped turn the restaurant and its courtyard into the oasis it has become today. Even before that, she co-founded Au Parc across from the Reunification Palace, which has since been joined next door by another of her ventures, Propaganda—a Vietnamese eatery that’s about to become a franchise with two locations opening in Manila this year.

Vietcetera caught up with Noelle on one of her flying visits back to Ho Chi Minh City—after 21 years in Vietnam she finally returned to France in 2015, settling in Toulouse with her children—for an illuminating history lesson on the evolution of the food and beverage scene in our home city.

What was your entry point into the food and beverage industry here?

When I first arrived in 1994, I worked in a “fancy” grocery store called Sama that used to be on Dong Du. The owner was importing shelves full of stuff like cornflakes and tins of cassoulet. At the time, the only fresh food we had was one kind of Swiss cheese, and one kind of French ham—that was our gourmet selection.

So, we started to bring in things like parmesan cheese, and word got around very quickly. The next logical step was to offer made-to-order sandwiches—with bread which we got from Nhu Lan on Ham Nghi. Then, I went to the French, British and German consulates, and I got a list of their registered companies and their fax numbers. I sent off 40 faxes to 40 companies. Within a week we had to hire three delivery guys… 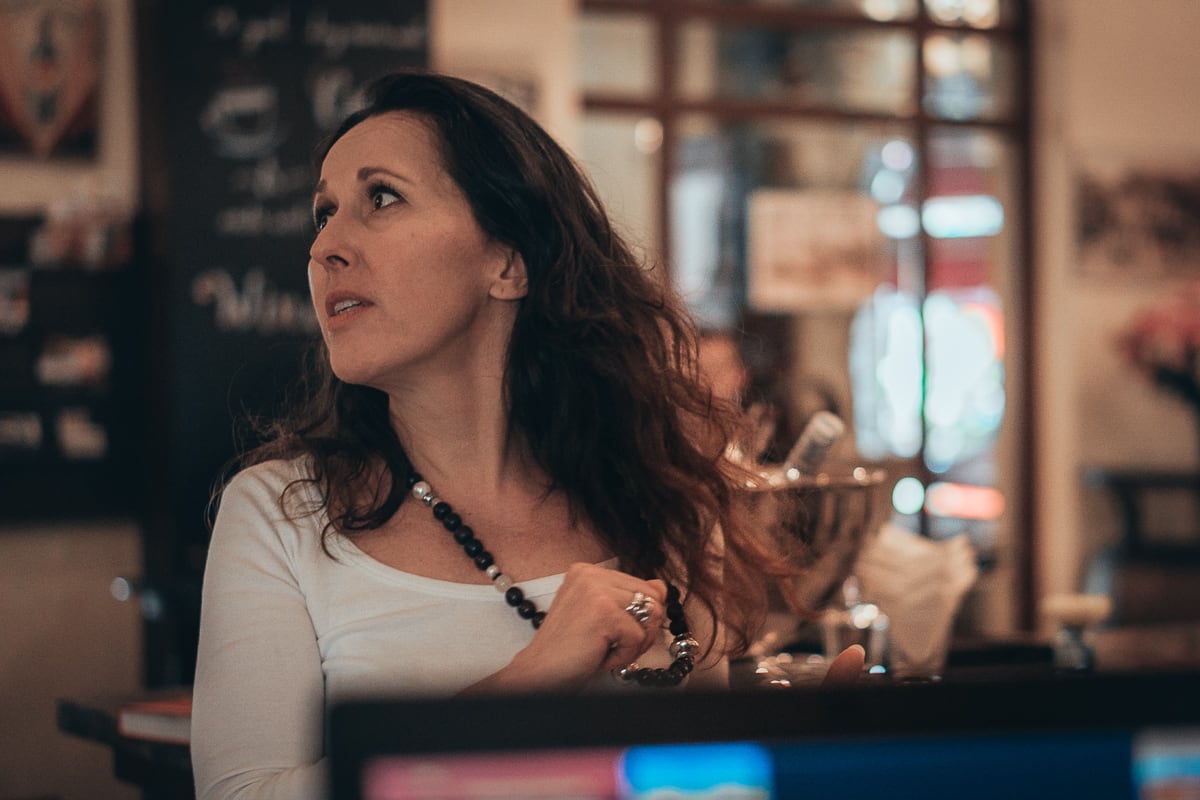 How did that lead to you opening your first restaurant, Au Parc?

Seven years after I left, one of the girls I had worked with at Sama came to see me. She told me she’d had enough and wanted to work for herself. I was working for a TV advertisement production company—always first on set, and last to leave—but I was comfortable and reluctant to quit. She was persistent, and so I offered to help her find a place. That was in 2002.

I saw Au Parc when we first started looking. At that time, the whole street was residential. A few months later, I went back to take another look. That day the sun was setting behind the Reunification Palace, the light was shining onto the tall trees in the park…and I said “yes” right there and then. She quickly persuaded me to join her in the venture. And within a few years, I quit my job to focus on it more seriously.

In what order did you open the other restaurants and bars you’ve been a part of?

Au Parc opened in 2003, then The Refinery, in 2006, and then Hoa Tuc. Then there was Blanchy’s Tash to which we also added Blanchy’s Street which is now our Peruvian restaurant La Chola.

We opened Khoi Tom—that’s now called Rico Taco—and then Last Call, and another place that’s now delivery only called Central Park Banh Mi. We make the food from the same kitchen that serves Au Parc. We used to have another shop called Au Tresor on the corner where Broma now is, which we closed in 2006—we sold imported organic goods and food for people with allergies but it was probably too early for that.

How aware were you of The Refinery building’s history when you found it?

I’d heard about an old opium refinery, but I didn’t know where it was. Back in the 1990s, there was a bar where El Gaucho currently is that was called Gekko. We’d park our motorbikes in the 74 Hai Ba Trung courtyard.

One evening, as we were walking back to our motorbikes, I noticed the flower motifs on the arch of the entranceway. The friend I was with told me they looked like stylized poppies, and I realized this used to be the compound.

When I first asked about renting the place, the owner thought I was crazy—this was all residential too. Four years after my first visit, after we’d opened Au Parc, I came back and told the owners that I was still interested. Then they realized I wasn’t crazy. And when we opened, we used that flower motif as the logo for The Refinery. 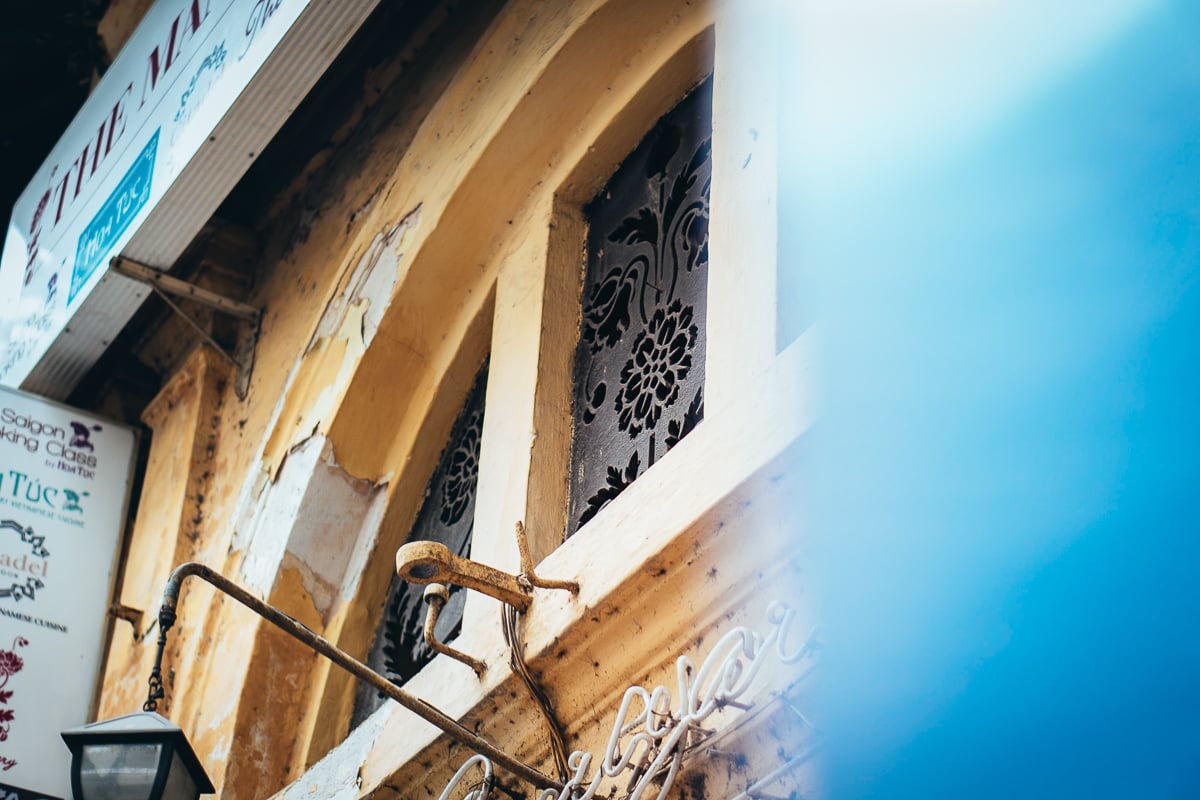 Do you feel a sense of responsibility to Saigon’s heritage running restaurants in buildings like The Refinery’s?

I feel sadness and heartbreak about the changes happening to the city, but also a sense of nostalgia for more exotic times. And of course. I feel responsibility. I rehabilitated The Refinery building myself.

Great buildings live through history and carry the scars of successive trials—much like human beings carrying the weight of their personal experiences and family history. It gives character, and sometimes charm and appeal… but not always.

What is the secret to successfully running a restaurant here?

To be honest, I really don’t know! I guess when Au Parc opened, for example, there was room for something new. You couldn’t eat a real salad at that time. So we started to make meal-sized salads which I guess took care of a market need—lots of women didn’t want to eat burgers and fries at lunchtime.

Which one dish from any of your restaurants couldn’t you live without?

At Hoa Tuc, there’s bun nuoc tuong with tofu. It’s not on the menu, but if you ask for it they might make it for you. At The Refinery, I always order the squid salad. You’ll find that dish regularly appearing on the specials board. And the edamame salad at Propaganda is another favorite. I know that makes three, but you’re going to have to live with it!

How does your new venture, opening Propaganda in Manila, connect to the original concept? How will you modify the restaurant for local tastes?

It’s a franchise and so the idea is to copy and paste without modifying anything. We will, however, add two pork dishes—Filipinos are big meat eaters.

For the first Manila location, the mural, which you may know from our Propaganda restaurant here, is being extended by six meters by the same artist—her name is Uyen Zen—to suit the size of their wall. That means new characters will appear to create an even broader representation of Vietnamese life and culture. 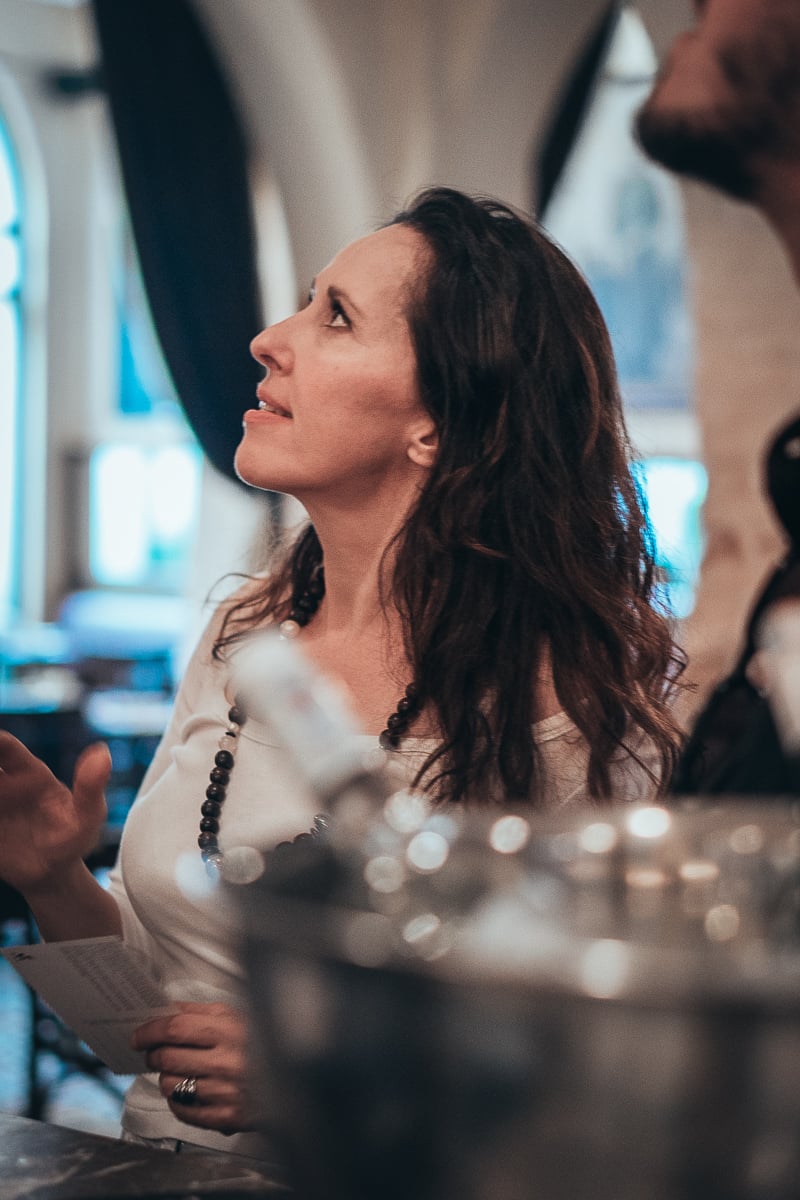 Which global food trends are you influenced by?

Worldwide, Peruvian is the thing—and there’s a reason for that. Geographically it has all the different climates, from tropical to temperate to dry, and so they grow all different kinds of food—they could be the world’s fruit basket. That is why we’ve opened La Chola with a Peruvian partner who helped us, for example, get the marinade exactly right for the ceviche.

Unlike the French, the Peruvians were very smart. They incorporated all the different influences that they gathered through history into their food—Chinese elements; Japanese elements. So in our La Chola menu, we have sections to represent this, like our “Nikkei” section for Japanese-influenced dishes.

You’ve provided residents of this city with comfort food they cherish. Is there any food from your childhood that means the same to you?

My mom was born in North Africa, in Algeria, so for me, it would be food like couscous which my grandmother would prepare for us every Sunday. We’d eat and eat all day long.

Who do you think we should interview next?